Violinist Esther Abrami’s story is that of a young, modern day woman of the internet age who has succeeded on international stages and secured a coveted recording contract with a major label due to her courage, determination and willingness to share the ups and downs of her own remarkable life as a musician with a wide online audience.

Born in 1996 and raised in Aix-en-Provence, Esther Abrami knows how it feels to grow up in a culture far from towering classical institutions.

“I had a countryside childhood” she says. “I went to a small, country school and I was always outside as I loved nature. We had a wild garden at home; my dad built me a little bench up on the hill where I could go to read and play my violin”. 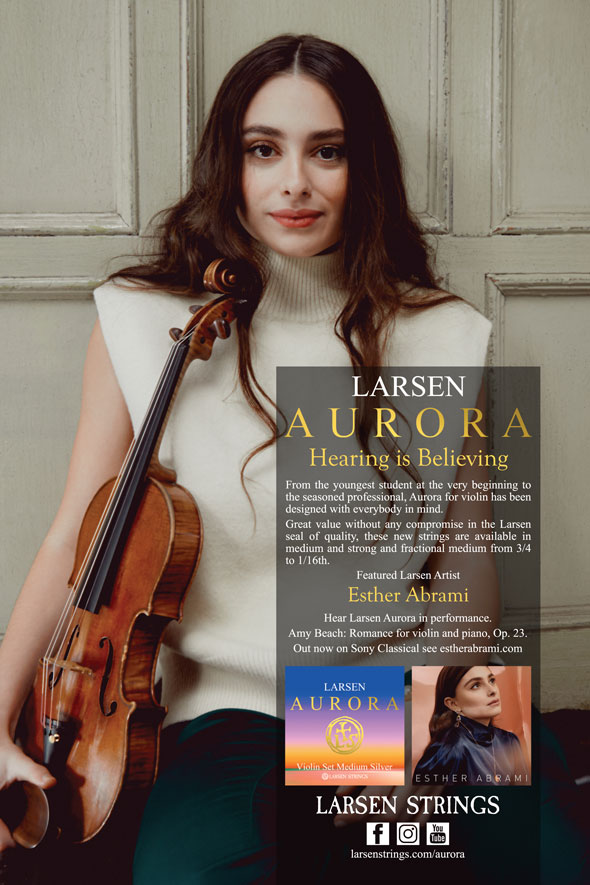 Aged just three, Esther was given her first tiny violin by her grandmother, who herself had been a gifted violinist but, as was the custom at the time, gave up her own music-making when she got married. “I remember her trying to teach me how to hold the little violin” Abrami recalls. Although enchanted by this small, beautiful object, it would not be until the age of ten before Esther started to learn how to play in earnest, taking to the violin immediately. “I loved the feeling of the violin tucked in so close to me, like a living creature. I loved the sensation of the warm sound travelling through my body. After just half an hour with the bow in my hand, I knew that this was what I wanted to do for the rest of my life”, she recollects fondly.

Always serious about her art, even as a child, Esther would watch concerts on television and try to recreate the sounds she heard. Being extremely motivated and having studied incredibly hard, at the age of 14 she eventually became a boarding student at Chetham’s School of Music in Manchester, often getting up very early at 5am to spend extra time in the rehearsal rooms.

Her hard work paid off and in 2017 Esther was accepted as a student at the world-leading Royal College of Music in London. Alongside her lessons, Esther also began to build her online career, playing popular classical music on her social media channels. She was more surprised and gratified by the positive response, however, when she started uploading practice videos, sight reading videos and tips and helpful techniques for aspiring young musicians.

Esther has approached social media with the same open mindedness with which she performs her music. She has a sense of fun and fashion and delights in her collaborations with leading fashion houses like Givenchy. She has also entertained people online by demonstrating the difference between the sound of a priceless Stradivarius and a copy and is not averse to including the rescue cats she fosters in her posts. A recent YouTube video of her practising with a kitten snuggled in a pouch around her waist has received over 10 million views. 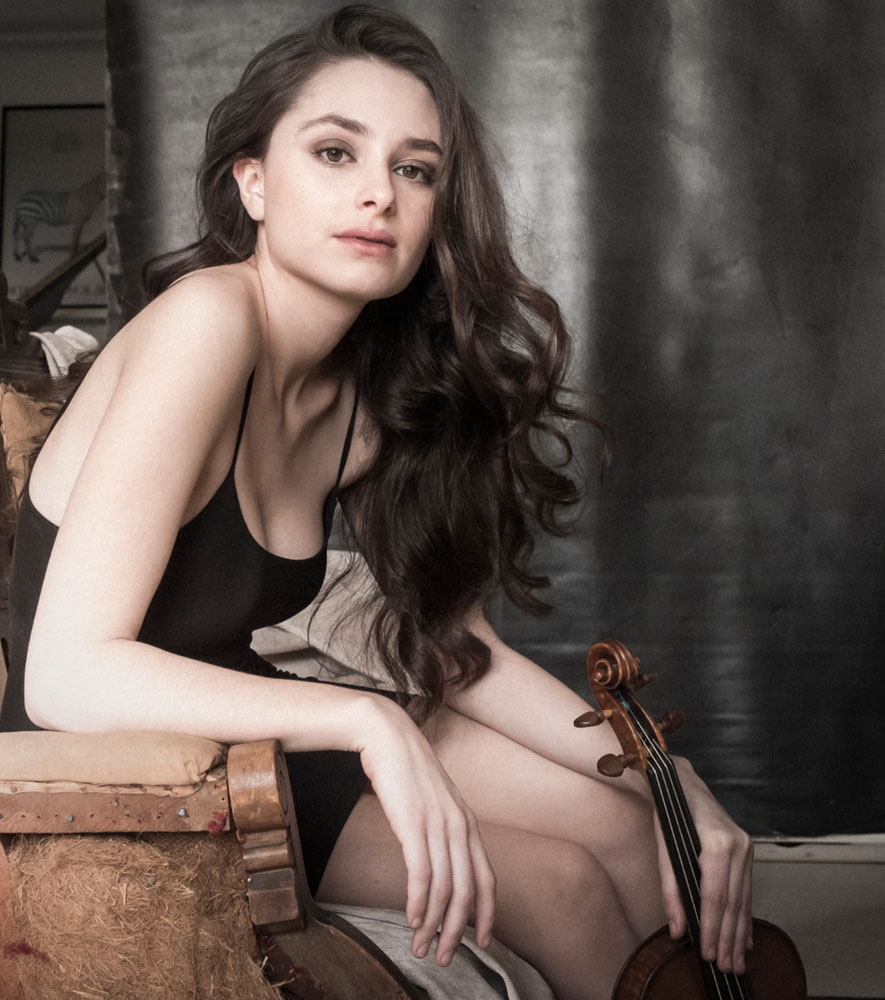 French violinist Esther Abrami has been described as a ‘rising star’ by Strings Magazine and as a ‘glamorous and influential star’ by Pianist Magazine.

She has featured on both TV and Radio shows including Sky News, BBC Radio 3 where she performed the premiere of Chanson d’été by Paul Ibbotson and Classic FM who regularly invite her to perform.

We share the same passion to bring classical music to young people. Throughout the development of Aurora for violin our aim was to provide quality strings at an affordable price. From full size right down to fractional 1/16 without compromise.

“I receive messages every day from young people telling me that I inspired them to start playing the violin and that for me, is a totally priceless reward.”

Of her debut single on Sony Classical showcasing Clara Schumann, Esther Abrami notes: “I’m passionate about highlighting the work of women composers overall. It is such a pleasure to discover and perform their works, some of whom are only just beginning to be celebrated. For International Women’s Day, I’m especially delighted to be recording a piece by the wonderful Clara Schumann”.
Esther believes people have connected with her because she has opened up and told her own real story – not just one of the glamour of international travel and performing on stage but also the truth about the hours of practice and toil that otherwise goes unseen and unnoticed. Esther confirms: “It actually makes me feel vulnerable to put practise videos out there as it’s rather intimate, but I do want other people to see what happens behind the scenes, because I think that is much more inspiring. When I first came to England, I often felt that I was behind many of my peers in terms of technique and at times that was discouraging, but I’ve come so far. I’ve learned that it’s never too late and that you can always improve – that’s the positive message I wish to convey. I am always humbled and heartened by the messages I receive from people all over the world, telling me that somehow I have encouraged them to start to learn to play an instrument. That never fails to inspire me”. 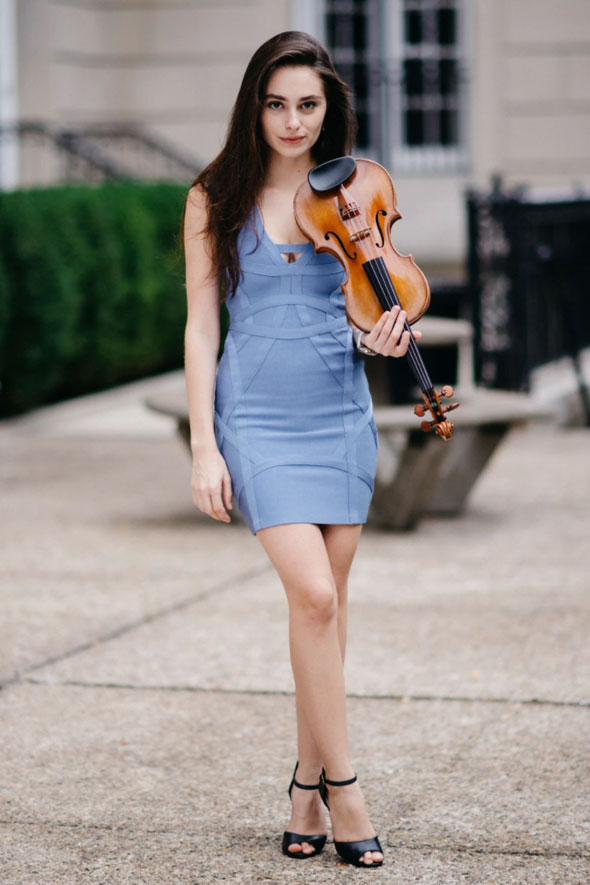 In 2019, Esther Abrami became the first classical musician to be nominated in the Social Media Superstar category at the Global Awards. She has been awarded a full scholarship for a masters degree at the Royal Birmingham Conservatoire under the guidance of Professor Wen Zhou Li.

“A classical violinist hailing from France named Esther Abrami is winning hearts on the internet for all the right reasons.” 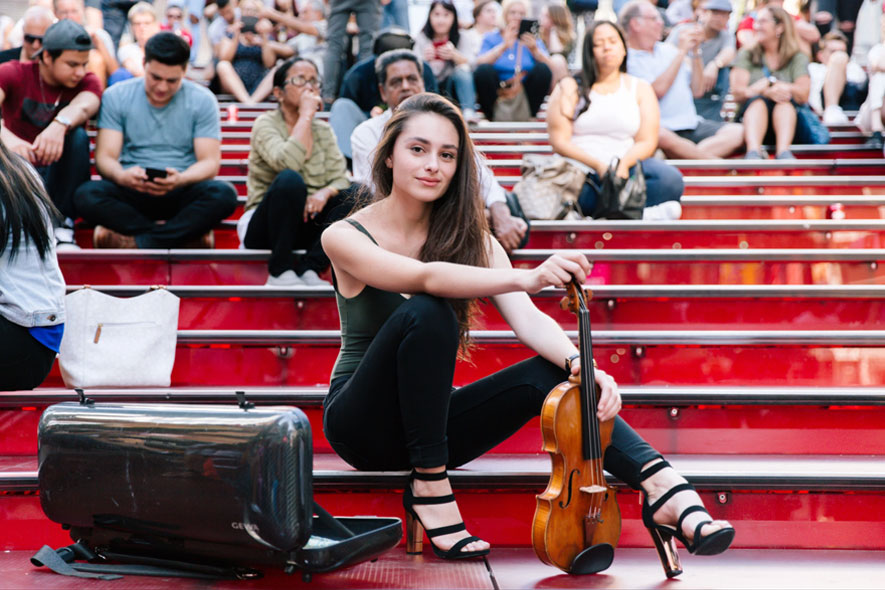 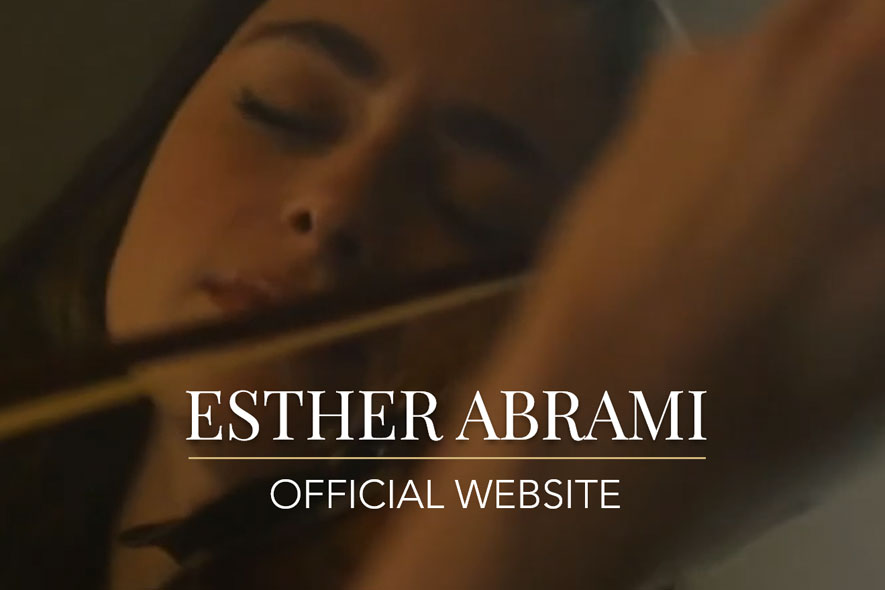 Please visit estherabrami.com to find out more about the artist including forthcoming tours, events and a portfolio of images, videos and recorded audio. 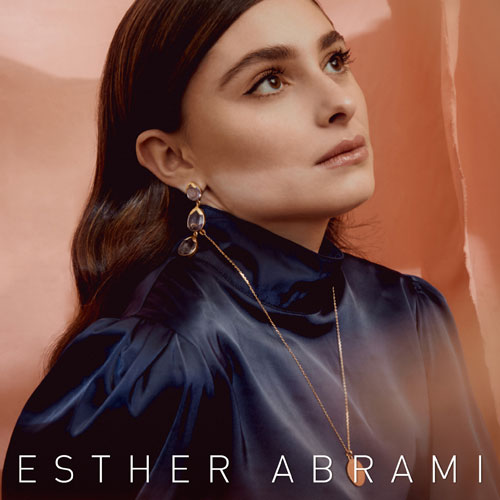 Amy Beach: Romance for violin and piano, Op. 23.
Out now on Sony Classical.