In Association with Larsen Strings

“Music is the divine way to tell beautiful, poetic things to the heart.”

‘We believe in the inspirational, transforming power of classical music and have set ourselves the task of keeping this universal cultural asset alive for future generations while maintaining the highest artistic standards.’ 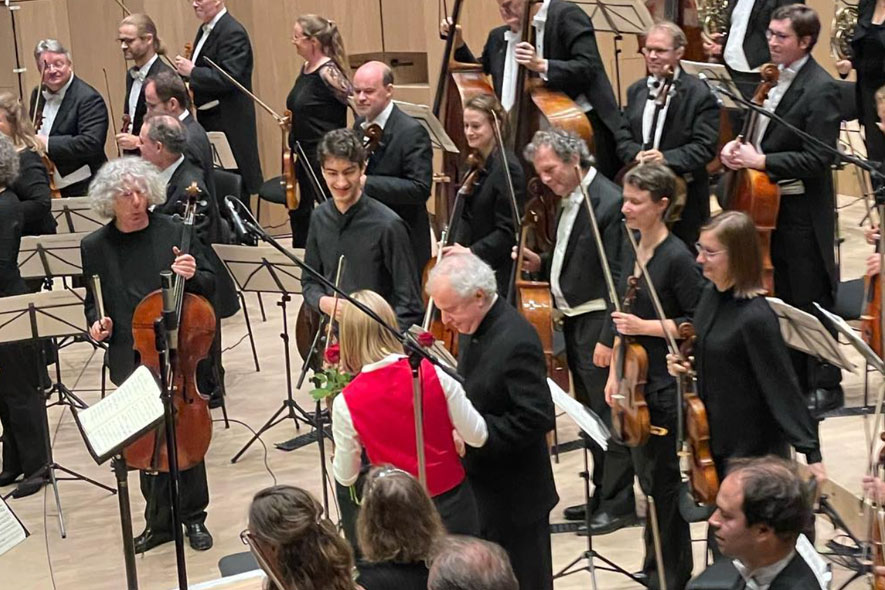 Larsen Strings is pleased to be a Kronberg Academy Master Partner. Kronberg Academy, for the education and support of highly gifted young violinists, violists and especially cellists. Studies are supported by a biennial Cello Festival and the International Pablo Casals Cello Competition. Mstislav Rostropovich was a patron from its foundation until his death.

The Casals Forum is a concert hall for chamber music, completed in 2022 for the Kronberg Academy in Kronberg im Taunus, Hesse, Germany. It is named after the cellist Pablo Casals. The new venue includes a concert hall with first-class acoustics and equipment, plus an adjoining study and administration centre.

“An international centre of inspiration for musicians of all generations, where values are lived, experienced and passed on to the next generation, in the spirit of Pablo Casals, who set standards with his passionate fight for peace and his deep connection to nature: Not An artist is only responsible for the music, but – as a human being – also for his fellow human beings and for nature. The Casals Forum was built according to high ecological standards and is the first concert hall building to be operated in a climate-neutral manner.” 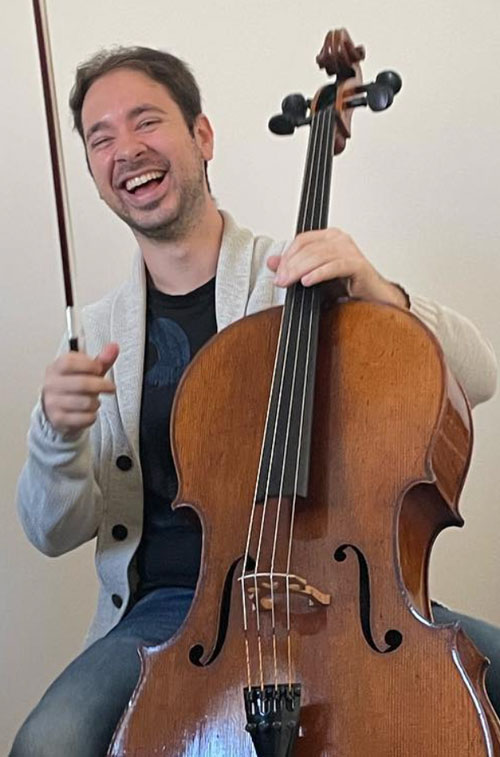 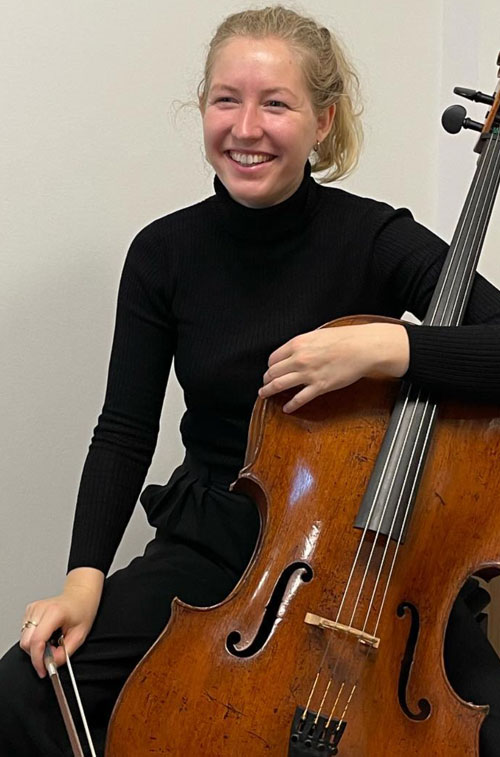 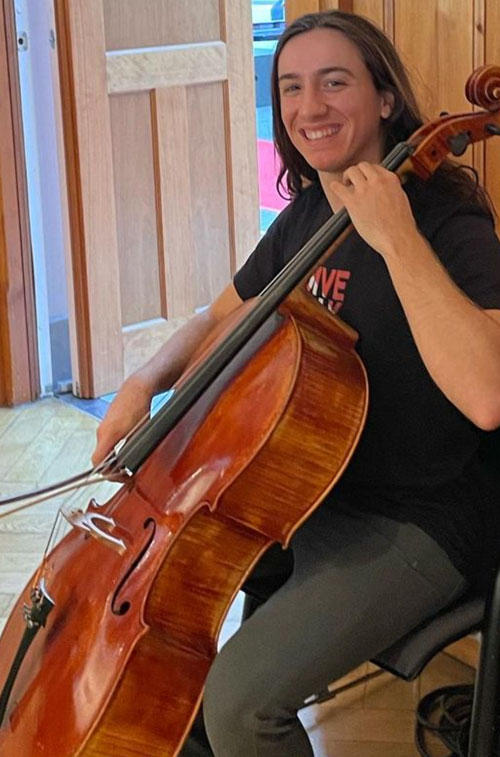 Pictures at an Exhibition 2022 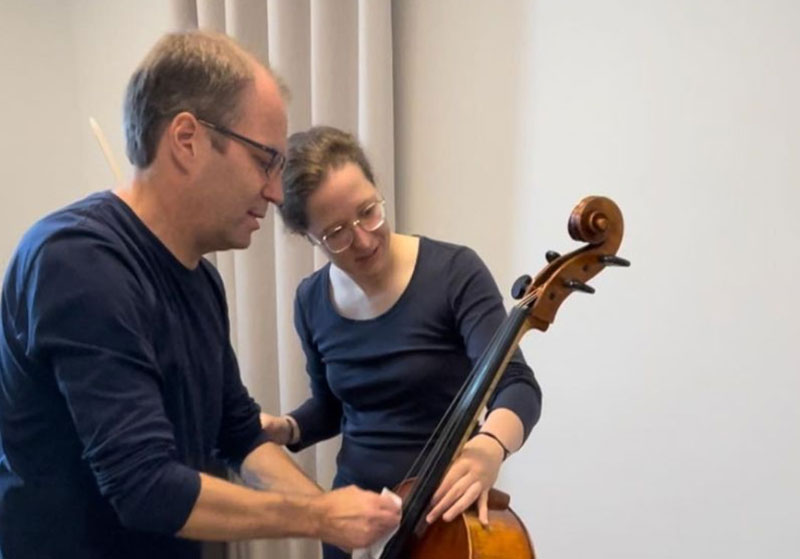 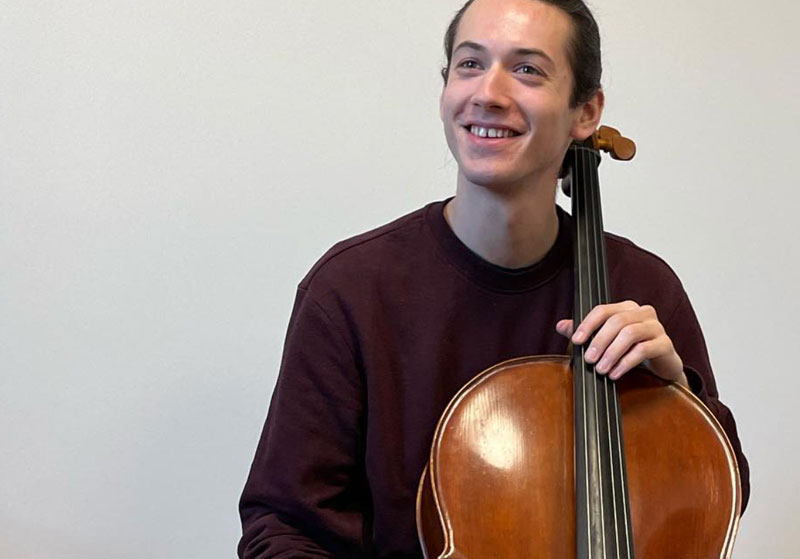 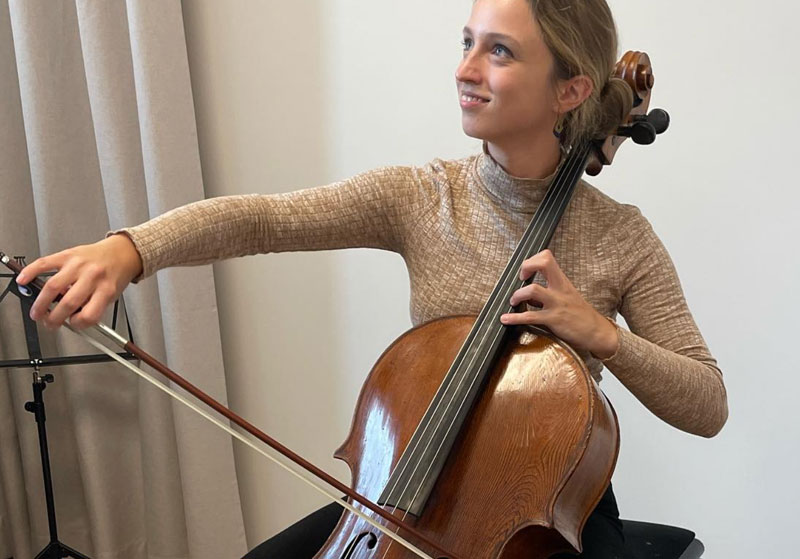 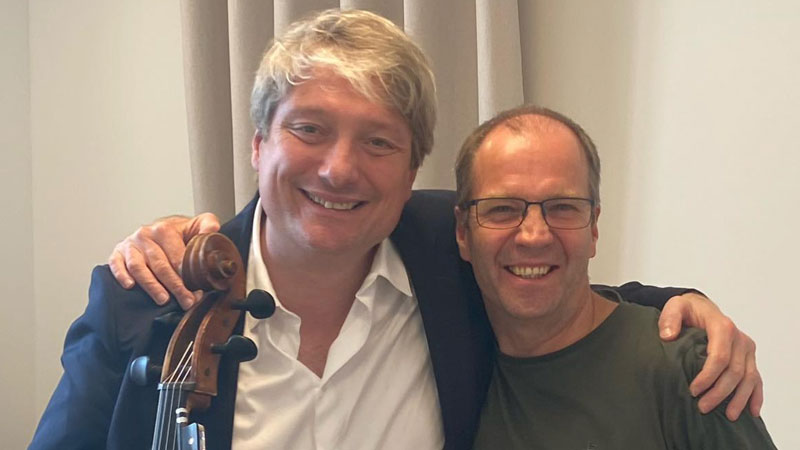 At the Kronberg Academy, selected young violinists, violists and cellists can go through a tailor-made degree program that is tailored to their individual needs – both in terms of content and time. The cooperation with the University of Music and Performing Arts Frankfurt am Main enables them to acquire a Bachelor’s and Master’s degree. Selected young pianists are involved through the “Sir András Ship Performance Program for Young Pianists”, which focuses on chamber music.

In 2007, the Kronberg Academy has set up an excellence study program. Five specially designed courses are aimed at young exceptional talents who want to harmonise artistic education at the highest level with work as a professional performing artist. The Kronberg Academy works with renowned musicians who regularly teach their own classes or as guest lecturers give internal masterclasses . The members of the artistic advisory board as well as well-known conductors are actively involved in the curriculum of the students. 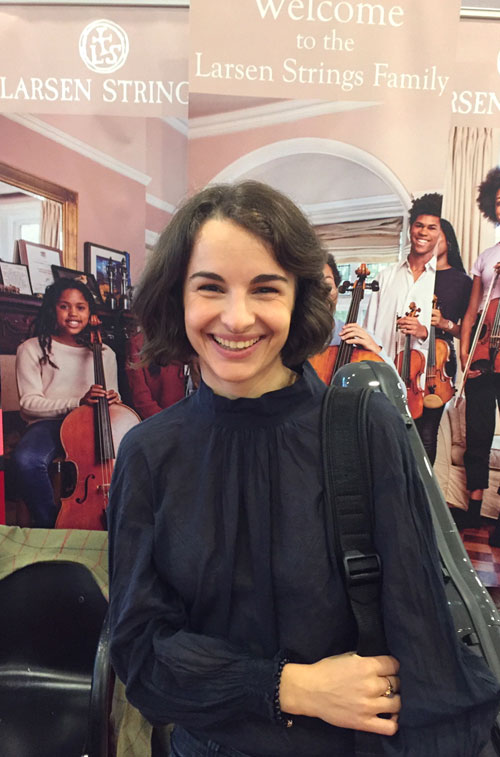 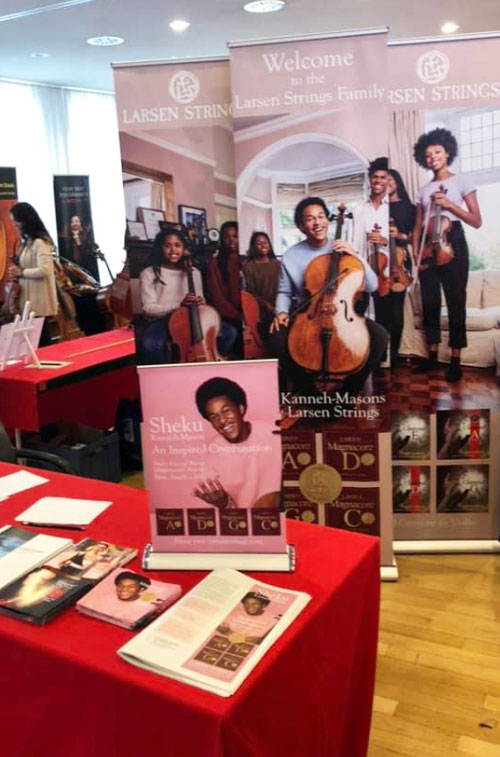 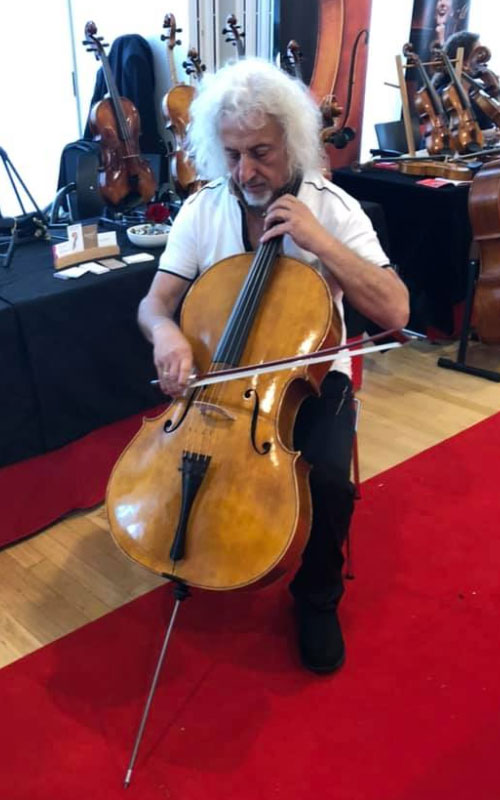 Pictures at an Exhibition

Images from the Kronberg Academy Festival 2019 with Larsen Strings. Our VP Product Development Dr. Thomas Zwieg is seen busy at work running his popular String Workshop sessions and optimising the sound of instruments with students, staff and makers. 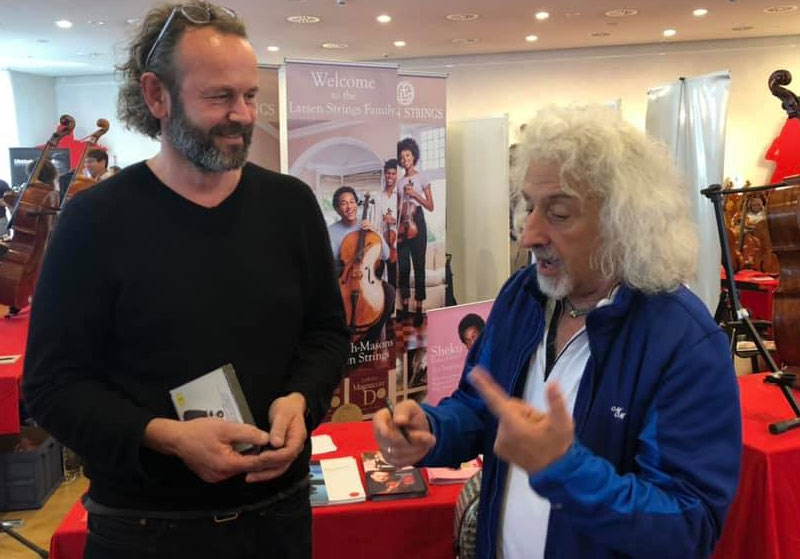 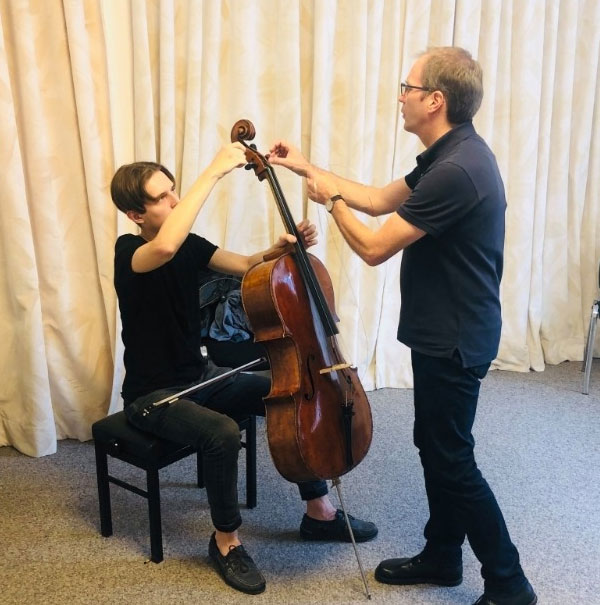 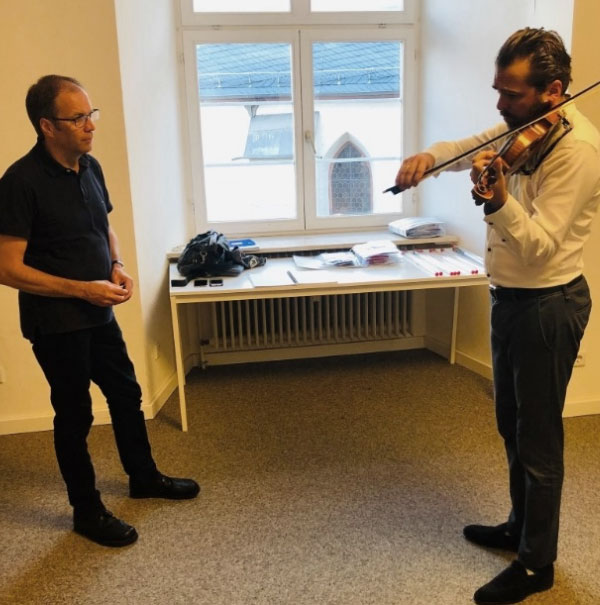 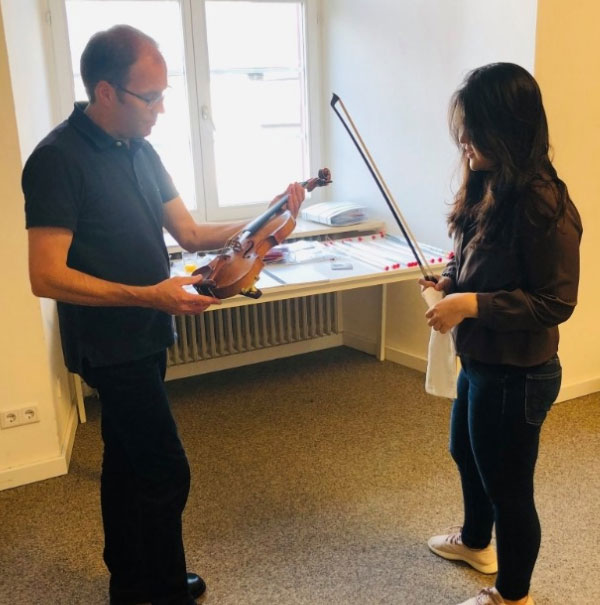 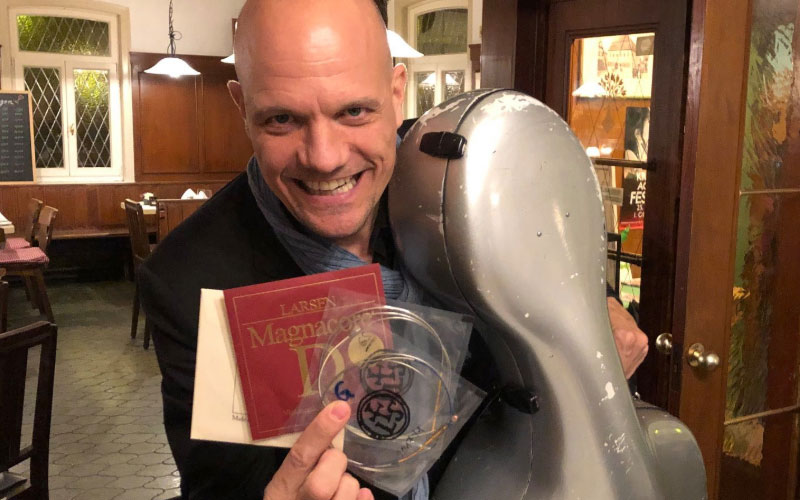 Eckart Runge – “I’m a Larsen guy! …I have actually been for more than two decades! And now more than ever…Thanks for letting me be your stuntman for new exciting prototypes!”

The Kronberg Academy is a training center and inspiration for musicians of all generations. It brings together exceptionally gifted young violinists, violists and cellists with the great artists of our time to share their experiences, ideas and values ​​with them and to help them mature into artists.

It creates a place where musical values ​​are lived, musical ideas ignite, a new generation of musical pioneers grows up and we can experience classical music in all its power and beauty up close.

Find Out More
To find out more about the Academy please visit: https://www.kronbergacademy.de/ 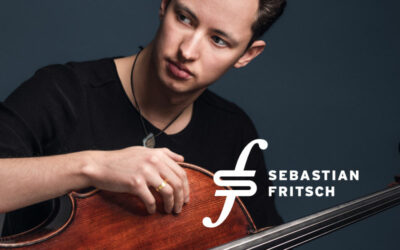 Welcoming in the New Year with our newest Larsen Strings Performing Artist: Sebastian Fritsch. “A cellist with an extraordinarily fine, gripping tone...develops a pull that not only draws the enthusiastic audience, but also the orchestra.” STUTTGART NEWS Great to have...

END_OF_DOCUMENT_TOKEN_TO_BE_REPLACED 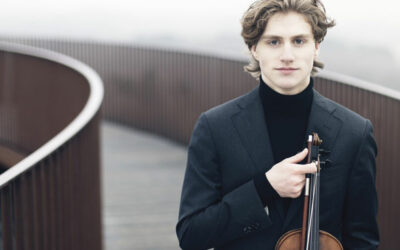 Michael Germer’s innate musicianship and warm, sensual violin tone have seen great success as a concerto soloist. Michael is an Artist Diploma student of Nikolaj Szeps-Znaider at the Royal Academy of Music in Copenhagen and performs on a 1765 J. B. Guadagnini,...

END_OF_DOCUMENT_TOKEN_TO_BE_REPLACED 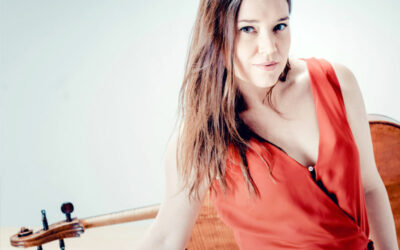 Vashti was recently appointed professor of cello at the Anton Bruckner Private University Linz in Austria and also holds a teaching position for cello master students at the University in Hannover. It is a pleasure for Vashti to join the Larsen family.  We couldn't do...