Following her residencies with Staatskapelle Dresden and Bamberg Symphony last season and her appearance at the Concert de Paris from the Bastille with Orchestre National de France, Sol Gabetta opened this season in concerts with Münchner Philharmoniker and Valery Gergiev.

Other highlights this season include appareances with Sächsische Staatskapelle Dresden, Bamberger Symphoniker with Jakub Hrusa, Oslo Philharmonic and Wiener Symphoniker with Klaus Mäkelä and, on tour, with Gewandhaus Orchestra under the baton of Andris Nelsons and the Accademia Nazionale di Santa Cecilia under Sir Antonio Pappano. A respected advocate of new compositions for her instrument, she will be on a major duo tour with fellow ‘inventer’, violinist Patricia Kopatchinskaja presenting known and unknown works for this combination. Finally, Sol Gabetta will be artist in residence with Radio France this season, appearing with the Orchestre Philharmonique de Radio France, both on tour and in Paris, and the Orchestre National de France. 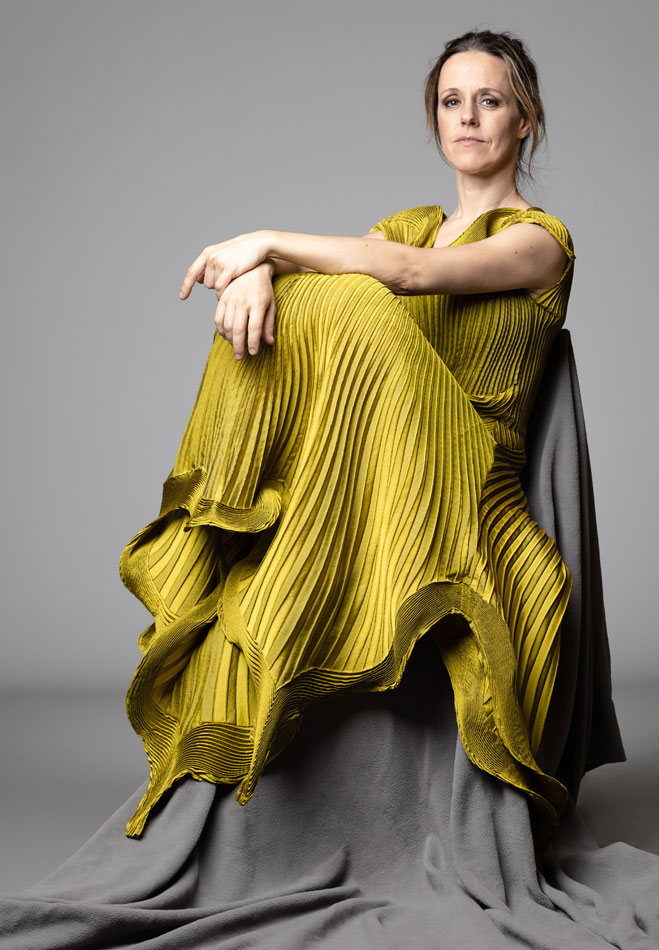 A sought-after guest artist at leading festivals, Sol Gabetta was Artiste étoile at Lucerne Festival where she appeared with Wiener Philharmoniker and Franz Welser-Möst, Mahler Chamber Orchestra and Francois-Xavier Roth and the London Philharmonic Orchestra directed by Marin Alsop. She continues drawing inspiration from a wide circle of collaborators and musical encounters at the Solsberg Festival, which flourishes under her commited artistic direction.

Chamber music is at the core of Gabetta’s work, visible in her upcoming recitals with Alexei Volodin in Paris and Switzerland, her upcoming tour with her longtime recital partner Bertrand Chamayou through Italy, Germany, France and Spain and her recent appearances with Kristian Bezuidenhout at the opening fest of the Schleswig Holstein Musikfestival and Alexander Melnikov at Gstaad Festival. In the past, chamber music performances led her to venues such as New York’s Lincoln Center, Wigmore Hall in London, Lucerne, Verbier, Salzburg, Schwetzingen and Rheingau festivals, Schubertiade Schwarzenberg and Beethovenfest Bonn. 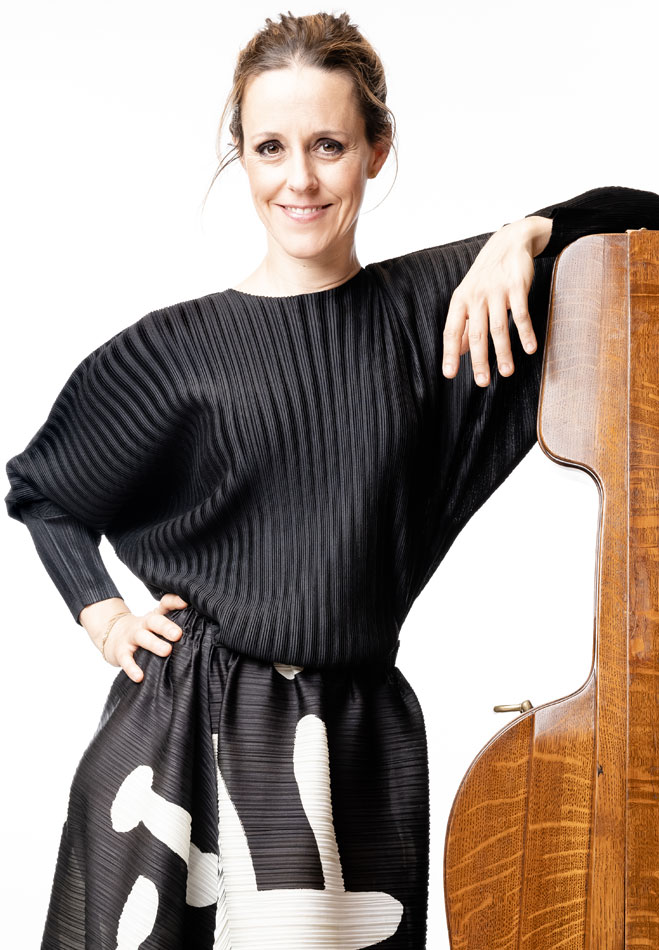 “Sol Gabetta is a radiant soloist, her legato superb, her sense of the elusive, the enigmatic late Schumann making the best possible case for this piece. Her sound is generous, often glorious, but always serving the sometimes complex ongoing argument.”

“The violinist Patricia Kopatchinskaja and the cellist Sol Gabetta made the kind of arresting entry that they alone can carry off, setting the mood for a daring, energetic evening of duos: no other instruments to add variety or colour, for none were needed.”

In recognition of her exceptional artistic achievements, Sol Gabetta was honoured with the Herbert von Karajan Prize at the Salzburg Easter Festival in 2018 where she appeared as soloist with the Staatskapelle Dresden and Christian Thielemann. In 2019 she was awarded the first OPUS Klassik Award as Instrumentalist of the Year for her interpretation of Schumann’s Cello Concerto. The ECHO Klassik award saluted her accomplishment biennially between 2007 and 2013, and also in 2016.

A Grammy Award nominee, she also received the Gramophone Young Artist of the Year Award in 2010 and the Würth-Preis of the Jeunesses Musicales in 2012 as well as commendations at Moscow’s Tchaikovsky Competition and the ARD International Music Competition in Munich. She continues to build her extensive discography with SONY Classical, the most recent releases being a recording of late Schumann works and a live recording of the cello concertos by Elgar and Martinů with the Berliner Philharmoniker and Sir Simon Rattle / Krzysztof Urbański.

In 2017, Gabetta joined forces with Cecilia Bartoli on an extensive tour throughout Europe showcasing their album Dolce Duello, released on Decca Classics.

Sol Gabetta performs on several Italian master instruments from the early 18th century, including a cello by Matteo Goffriller from 1730, Venice, provided to her by Atelier Cels Paris, and since 2020, the famous “Bonamy Dobree-Suggia” by Antonio Stradivarius from 1717, on generous loan from the Stradivari Foundation Habisreutinger. She has been teaching at the Basel Music Academy since 2005.

‘Sol & Pat’ celebrates a musical rapport that has lasted for twenty years and, above all, a true friendship: ‘We’re like two sisters, on stage and in life’, as Patricia Kopatchinskaja (violin) and Sol Gabetta like to say.

The programme includes the Duo written by Zoltán Kodály in 1914, which was not premiered until 1924, two years after Maurice Ravel’s Sonata for violin and cello, along with a few forays into the Baroque period (Leclair, Scarlatti, Bach) and, of course, works by twenty-first-century composers to whom the two soloists are very close: Jörg Widmann, Francisco Coll and Julien-François Zbinden are on the itinerary of this introspective journey into the generous world of two total artists. 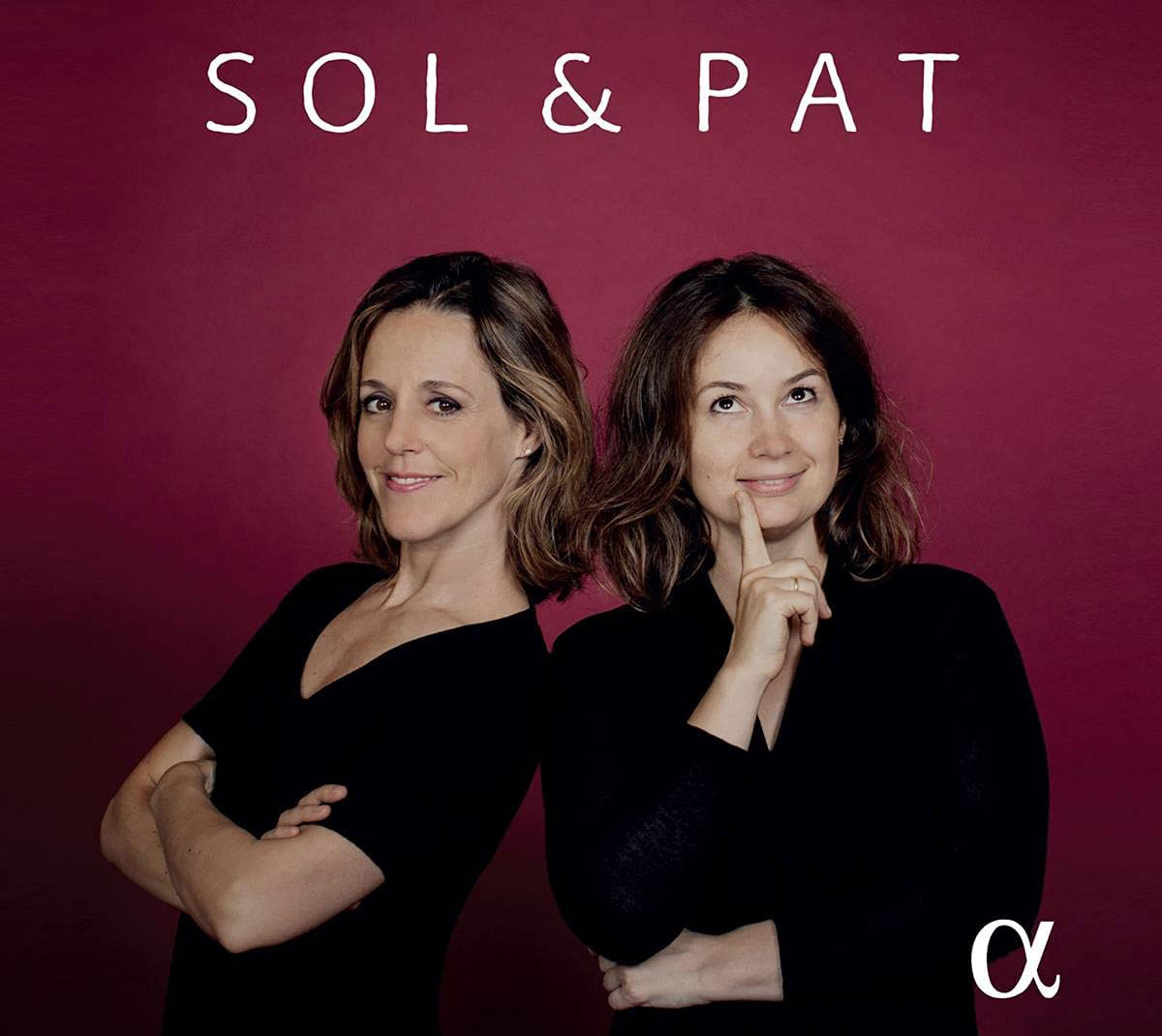 “Altogether this new CD is a delight, and suggests that “Sol & Pat” is destined to become one of classical music’s most sellable brands.” The Telegraph

Please visit solgabetta.com to find out more about the artist including forthcoming events and a portfolio of images, videos and recorded audio. 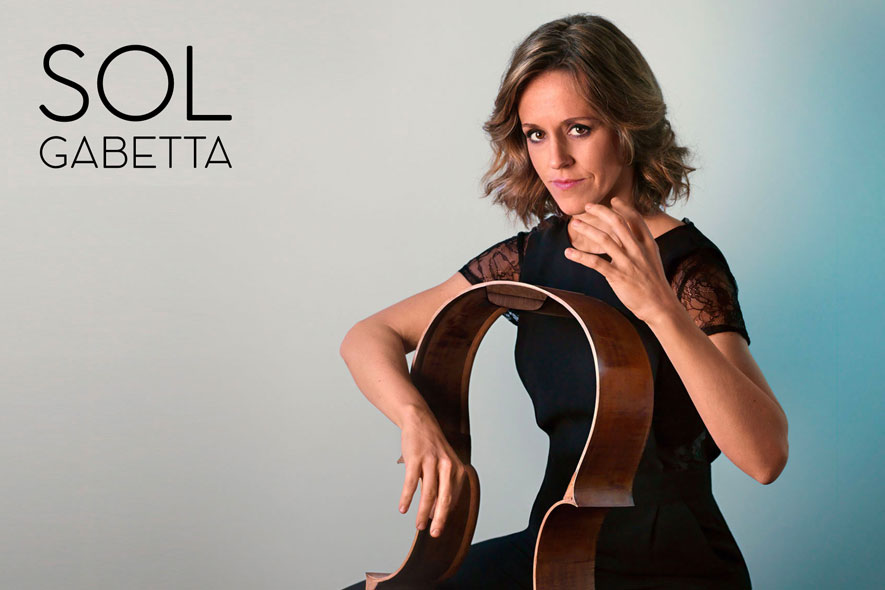