“He attacked the piece (Elgar’s cello concerto) with a beefy, full sound, and luxuriated over rubato slow passages with yearning phrasing.”

Since winning the Cello First Prize and Gold Medal at the XIV International Tchaikovsky Competition in 2011 at the age of 22, Narek Hakhnazaryan has inspired audiences with his artistry, securing a reputation as one of the world’s foremost cellists. Hakhnazaryan has performed with orchestras across the globe, earning praise from critics as “dazzlingly brilliant” (The Strad) and “nothing short of magnificent” (San Francisco Chronicle). In 2014, Hakhnazaryan was named a BBC New Generation Artist, and, in August 2016, made his BBC Proms debut to critical acclaim.

“Hakhnazaryan’s performance was nothing short of magnificent…He’s an artist to watch out for.” 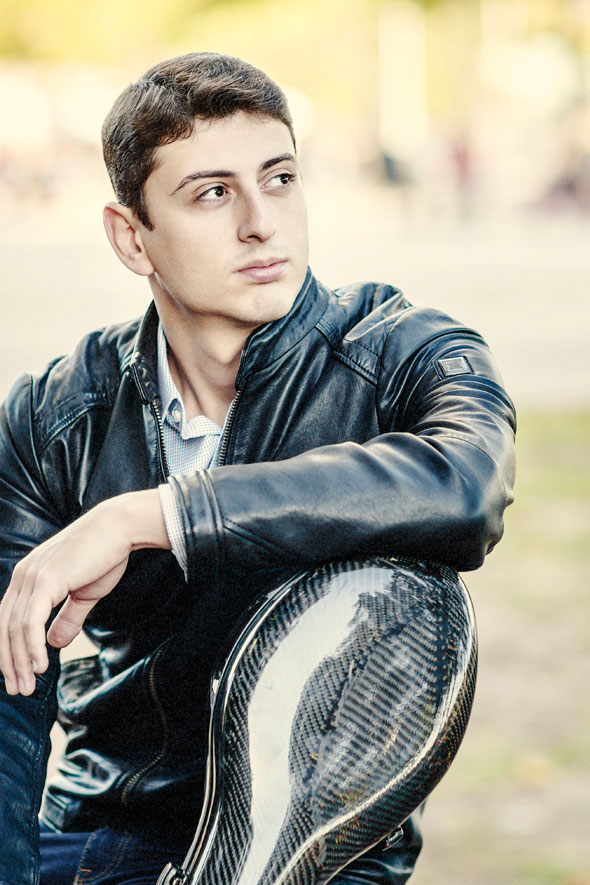 The cellist’s 2019-2020 season features several notable debuts, including the Philharmonia Zurich with Gianandrea Noseda, Pittsburgh Symphony Orchestra with Manfred Honeck, Antwerp Symphony with Kerem Hasan, and Australia’s Melbourne and Queensland Symphony Orchestras with Vladimir Ashkenazy and Giancarlo Guerrero, respectively. Hakhnazaryan appears for the first time in Portugal, in a performance of Shostakovich’s Cello Concerto No. 1 with the Portuguese Youth Symphony. Return engagements this season include Hong Kong Chamber Music Festival, BBC Scottish Symphony Orchestra, and Essen Philharmonic with Tomas Netopil. In Spring 2020, he embarks on a tour of China, performing the complete Beethoven cello sonatas in Shanghai and Guangzhu. Hakhnazaryan is honored to appear as a soloist at the finale concert of the renowned Piatigorsky International Cello Festival in Los Angeles in March 2020.

Hakhnazaryan’s commitment to new and rarely heard repertoire is evident in his European and American programs this season. In Warsaw, at the Eufonie Festival, he performs the late Andrej Panufnik’s Cello Concerto, and in Washington, DC, Hakhnazaryan appears with PostClassical Ensemble in fellow Armenian Vache Sharafyan’s Cello Concerto No. 2, alongside acclaimed visual artist Kevork Mourad for Armenian Odyssey, a world premiere multimedia production in the Great Nave of the Washington National Cathedral.

As a recitalist, he performs at the University of Florida Performing Arts and at the Aspect Foundation in NYC. With the Z.E.N. Trio, joined by colleagues Zhou Zhang and Esther Yoo, Hakhnazaryan tours North America with stops at San Francisco’s Herbst Theatre, the Vancouver Playhouse, UC Santa Barbara’s Arts & Lectures Series, Boston’s Harvard Music Society, Miami’s Friends of Chamber Music, and Washington DC’s Phillips Collection. The Z.E.N. Trio released their debut album in 2017 on the Deutsche Grammophon label, and have toured the UK, China, and Hong Kong. 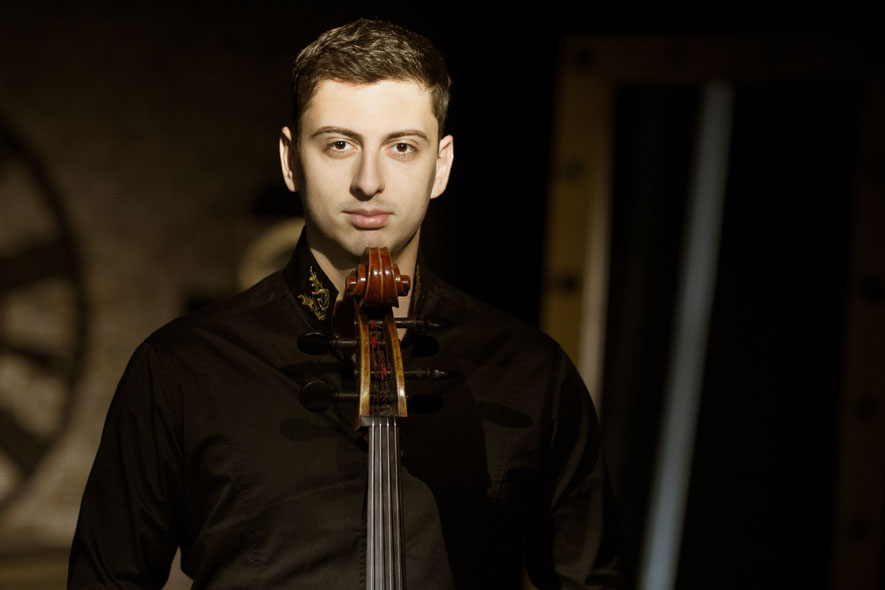 “Hakhnazaryan is the real deal.”

“Hakhnazaryan had what few other cellists can boast: the power to stand up to such a wall of dark, overpowering Estonian sound… Even his grandly shaped lyrical phrases had the quality of mowing down anything in his way. His tone is as gorgeously sure as it is huge. Hakhnazaryan is clearly on his way to a big career.”

Hakhnazaryan was previously named one of the Vienna Konzerthaus’s Great Talents, and he has given performances in the Austrian capital with the Vienna Symphony Orchestra led by Jakub Hrůša, as well as at the Musikverein with Daniil Trifonov and Sergei Dogadin. Last summer, Hakhnazaryan performed Shostakovich and Rachmaninoff sonatas with Trifonov, a longtime collaborator, at the Verbier and Rheingau festivals. In 2018/19, Hakhnazaryan took part in a residency at Wigmore Hall, offering a series of fascinating programs of classic and lesser-known solo repertoire. A distinguished international orchestral soloist, Hakhnazaryan has appeared with the Baltimore, St. Louis, Seattle, Toronto, London, WDR, Frankfurt Radio, Sydney, New Zealand, and NHK Symphony Orchestras; the Royal Stockholm, Czech, Seoul, Netherlands, and Rotterdam Philharmonics; the Utah Symphony; Los Angeles Chamber Orchestra; Orchestre de Paris; and the Teatro dell’Opera in Rome. He has collaborated with acclaimed conductors such as Alsop, Bělohlávek, Gergiev, Guerrero, Koopman, Hannu Lintu, Neeme Järvi, Pletnev, Robertson, Sarasate, Slatkin, and Sokhiev.

Hakhnazaryan has received scholarships from the Rostropovich Foundation and the Russian Performing Arts Fund, and won awards including First Prize in the 2006 Aram Khachaturian International Competition in Armenia and First Place in the 2006 Johansen International Competition for Young String Players. As First Prize winner in the 2008 Young Concert Artists International Auditions, Hakhnazaryan made his debuts at Carnegie’s Zankel Hall and in Washington, DC. In 2017 he was made an Honored Artist of Armenia, by then-President Serzh Sargsyan.

“His tone was rich, his control immaculate and his performance stunning.” 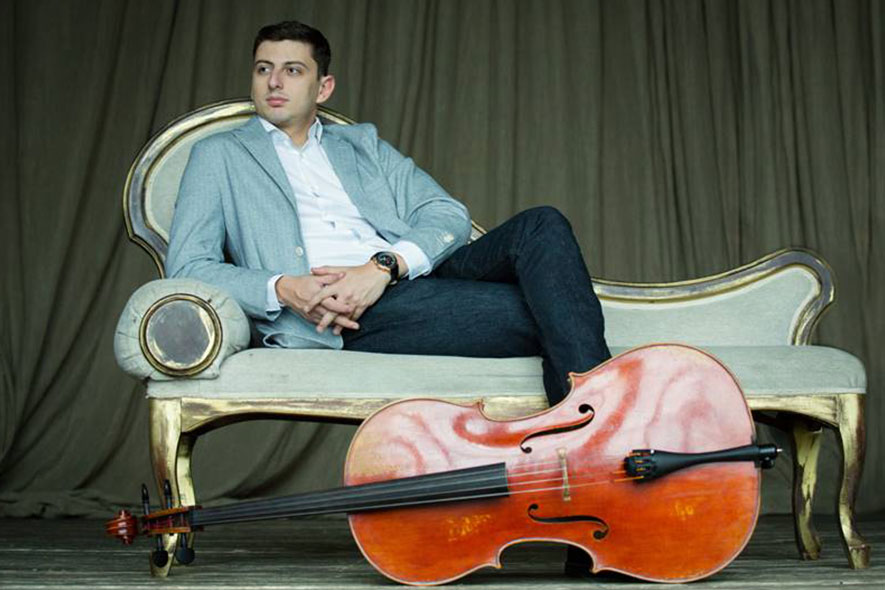 Narek Hakhnazaryan was born in Yerevan, Armenia, into a family of musicians: his father is a violinist and his mother a pianist. Mentored by the late Rostropovich, Hakhnazaryan received an Artist Diploma from the New England Conservatory of Music in 2011 where he studied with Lawrence Lesser, following studies at the Moscow Conservatory with Alexey Seleznyov and at the Sayat-Nova School of Music in Yerevan with Zareh Sarkisyan. Hakhnazaryan plays the 1707 Joseph Guarneri cello fitted with Larsen Strings and F.X. Tourte and Benoit Rolland bows.