“From the moment I put the new “Il Cannone” cello string-set on my cello, I knew these strings were going to be a game-changer…”

Lachezar Kostov has appeared as a soloist in some of the world’s leading concert venues such as Carnegie Hall, The Kennedy Center for the Performing Arts, Gewandhaus in Leipzig, and Oji Hall in Tokyo. He was the National Winner at the 2006 MTNA Young Artists Competition and has won numerous prizes including the Cello Award at the Kingsville Competition in 2005, the Grand Prix at the International Music and Earth Competition in Bulgaria, and the concerto competitions at the University of North Carolina School of the Arts, and Rice University.

In October 2011 Lachezar Kostov and pianist Viktor Valkov won the First Prize and all the special prizes at the Third International Liszt-Garrison Piano and Duo Competition in Baltimore, MD. 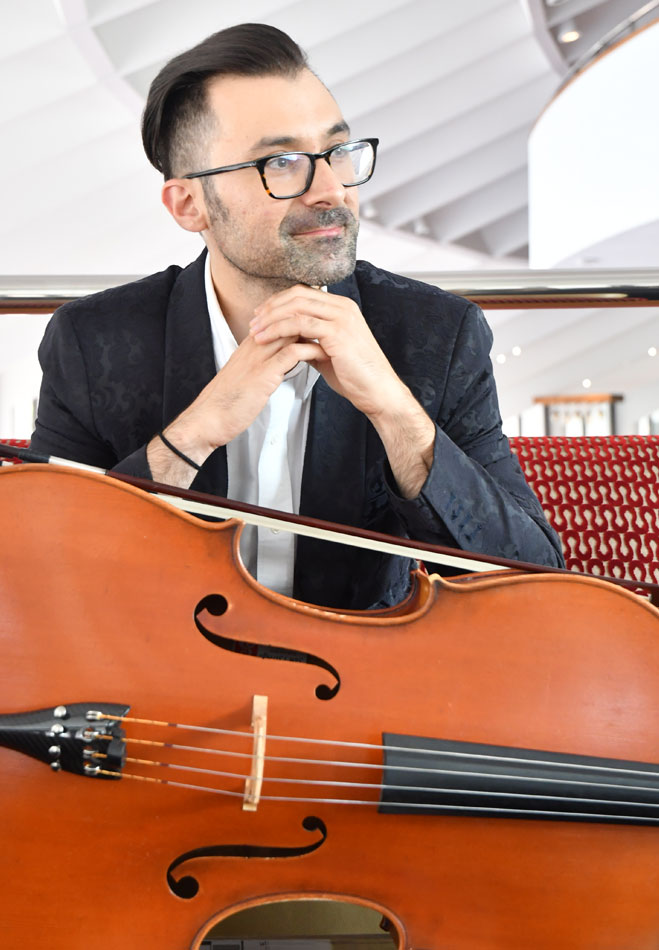 Mr. Kostov has appeared as a guest soloist and chamber musician throughout the United States, Japan, Italy, Germany, the United Kingdom and Bulgaria. Mr. Kostov is represented as a member of the Kostov-Valkov Duo by Pro-Piano Management. Hailed by European and American critics for “the awesome purity of his playing”, and described as “prodigiously skilled protagonist”, he made his official debut at Carnegie Hall’s Zankel Hall in 2009, performing rarely heard works for cello and piano by Ellen Zwilich, Nikolay Roslavets, and Dimitri Kabalevsky. In 2012, following his participation at the Texas Music Festival, he performed the Second Cello Concerto by C. Saint-Saens, under the baton of Carl St. Clair, and in 2013 he performed Dvorak’s famed cello concerto in the legendary Gewandhaus in Leipzig, accompanied by the Academic Symphony Orchestra, conducted by Horst Forster.

Mr. Kostov’s first commercial CD was released by NAXOS in 2011 and was immediately featured in “The Strad Magazine”, and“American Record Guide”. In 2016 he released a second CD, containing award-winning transcriptions by the Kostov-Valkov Duo of works by Franz Liszt, as well as virtuoso arrangements from the operas Carmen, and The Barber of Seville. 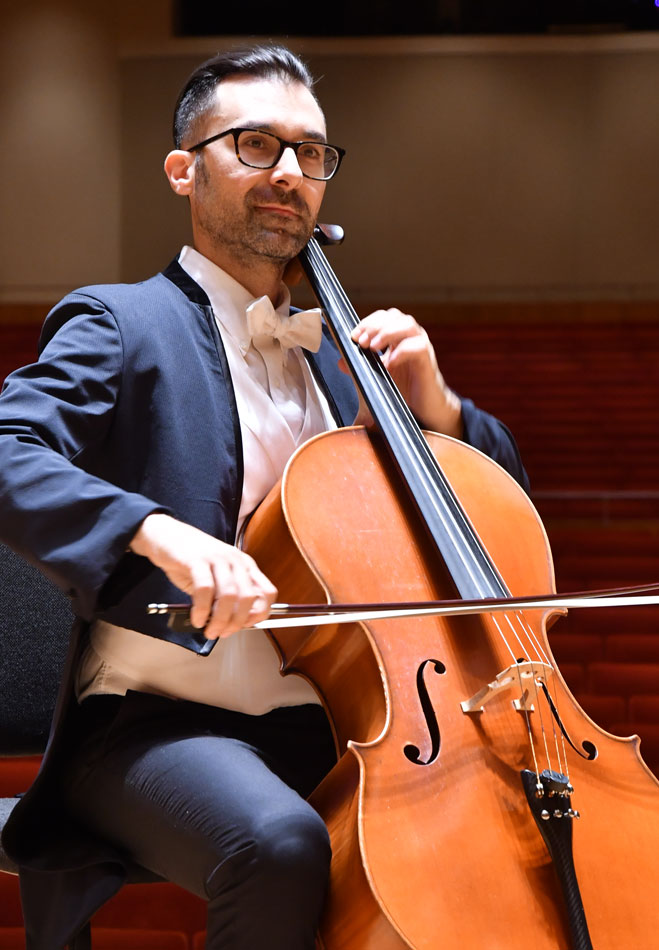 “As a string ‘nomad’, I have tried most cello strings available on the market (save for pure gut strings), and was never fully happy with the outcome. Now, all my cellos are strung with Il Cannone, and I can’t imagine performing on anything else. The Il Cannone are extremely supple, yet very powerful strings – they work amazingly on both modern and old instruments, and in essence, they allow the player to play freely, without fear.”

Lachezar Kostov has appeared as a guest artist at the Orcas Island Chamber Music Festival, La Jolla Summer Fest, Cactus Pear Music Festival, and is also a guest faculty at the Texas Music Festival in Houston. He has performed alongside musicians such as Jon Kimura Parker, the Tokyo String Quartet, Martin Chalifour, Cho-Liang Lin, Stephanie Sant’Ambrodgio, Lucy Robert, Aloysia Friedmann, James Dunham, and Desmond Hoebig. Mr. Kostov plays on a modern cello made by his friend, luthier Sam Matthews in Houston. Prior to his appointment with the Baltimore Symphony he was a tenured member of the San Antonio Symphony, and also performed regularly with the Houston Symphony. His major teachers include Bogomil Karakonov, Aldo Parisot, Norman Fischer, and David Grigorian; he has appeared in master-classes with Yo-Yo Ma, Steven Isserlis, and Bernard Greenhouse.

Lachezar is an avid single-malt Scotch whisky collector, an aspiring runner, conductor, and pianist, and has flown as a co-pilot to General William “Bill” Anders (Astronaut Bill Anders from Apollo 8), on Mr. Anders’ private plane. A passionate Pickleball player, Lachezar has garnered two gold medals in Pickleball tournaments in the Baltimore area.