“His solos soared with a mix of sultry sizzle, angelic high notes and powerful, graceful arpeggios that ranged from melancholy to playful. Had he been a rock guitarist, the audience would have been holding lighters aloft in the hall.” 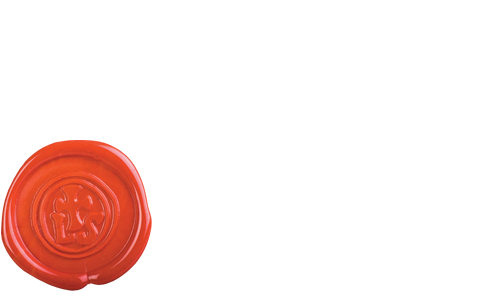 Violinist David Kim was named Concertmaster of The Philadelphia Orchestra in 1999. Born in Carbondale, Illinois in 1963, he started playing the violin at the age of three, began studies with the famed pedagogue Dorothy DeLay at the age of eight, and later received his bachelor’s and master’s degrees from The Juilliard School. Highlights of Mr. Kim’s 2020-21 season include appearing as soloist with The Philadelphia Orchestra in Philadelphia and on tours of the Midwest and Florida; teaching/performance residencies and masterclasses at Manhattan School of Music, Bob Jones University, Prague Summer Nights Festival, the Taipei Academy and Festival, and continued appearances as concertmaster of the All-Star Orchestra on PBS stations across the USA and online at the Kahn Academy; as well as recitals, speaking engagements, and appearances with orchestras across the United States.

“Much burden fell on concertmaster David Kim, who carried a number of movements with style and buoyancy. Has he ever played better?” 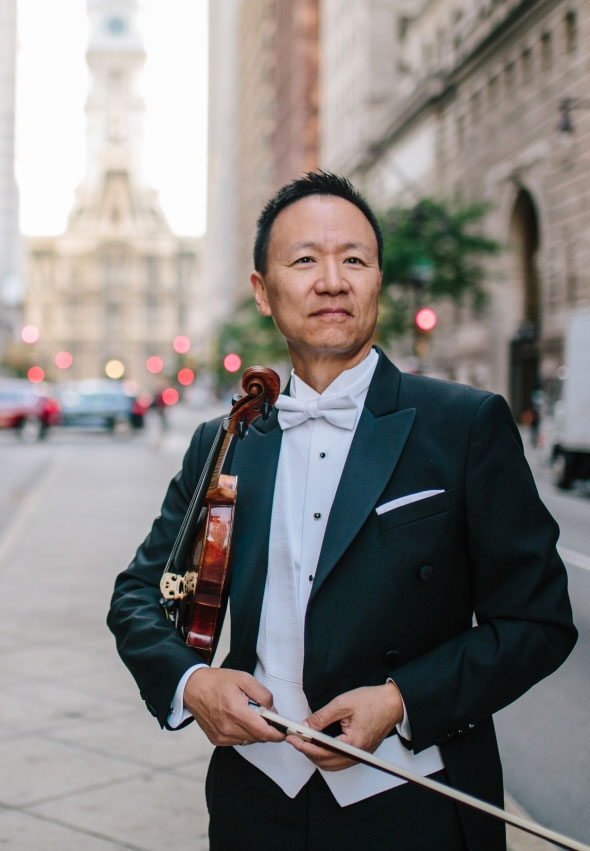 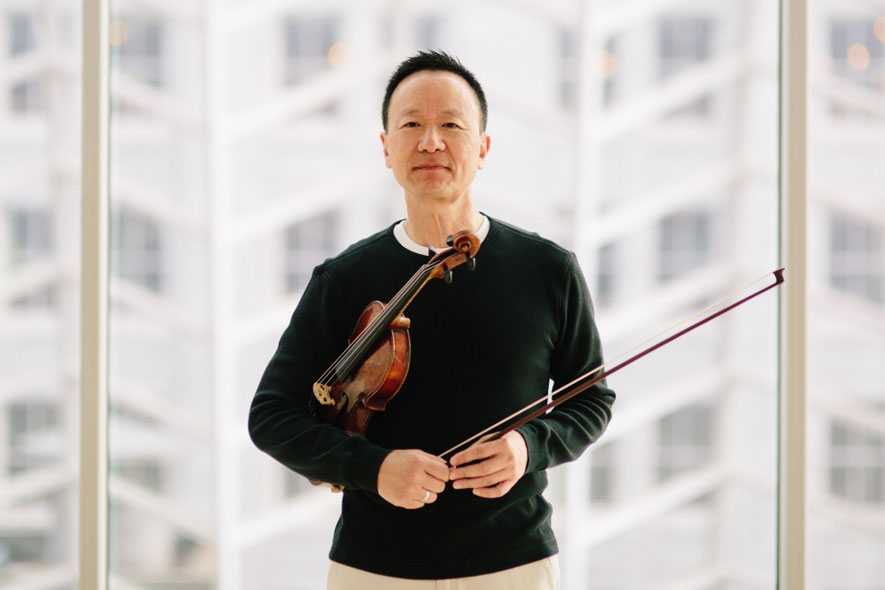 “Larsen Strings possess a perfect combination of responsiveness, warmth, and projection. I play on two superb violins made by JB Guadagnini and Michelangelo Bergonzi. As I perform with the Philadelphia Orchestra each season, both instruments benefit immensely from the unmatched sensitivity that the Larsen’s bring to the stage.”

Please visit davidkimviolin.com to find out more about the artist including forthcoming events and a portfolio of images, videos and recorded audio. 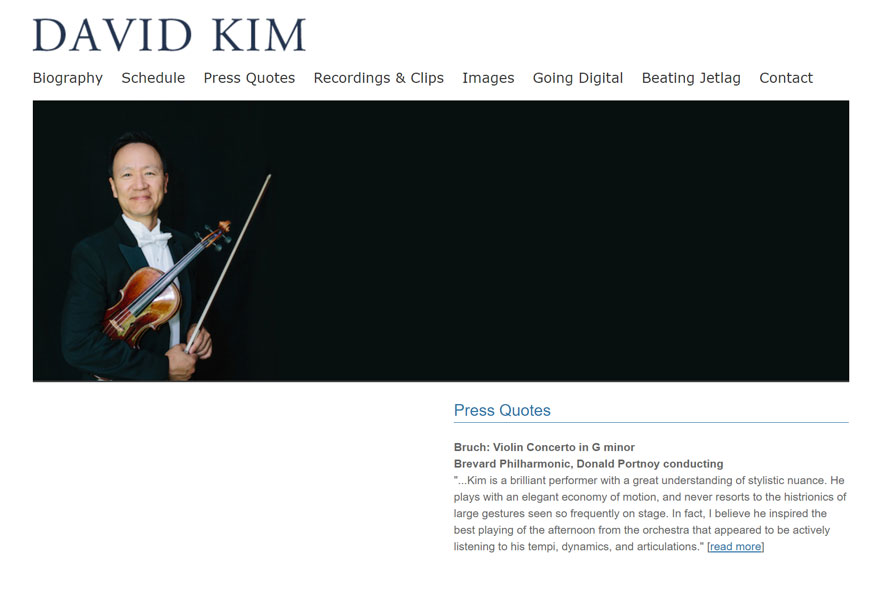