“What the cellist got out of his instrument bordered on wizardry​.”

The Hungarian cellist Ádám Jávorkai, born in Györ, attended the Hans Richter Conservatoire in his native city and the Béla Bartók Conservatoire in Budapest, which he completed with distinction. From 1996 to 2004, he studied in the classes of Prof. Angelika May and Prof. Reinhard Latzko at the University of Music and the Performing Arts in Vienna. He completed his M.A. with unanimous distinction.

Currently, he is pursuing a doctorate in musicology in Vienna. For further perfection, he has attended master classes held by Miklós Perényi, Ina-Esther Joost, Tobias Kühne, Ferenc Rados and Anner Bijlsma. Ádám Jávorkai has ended many competitions with honours. 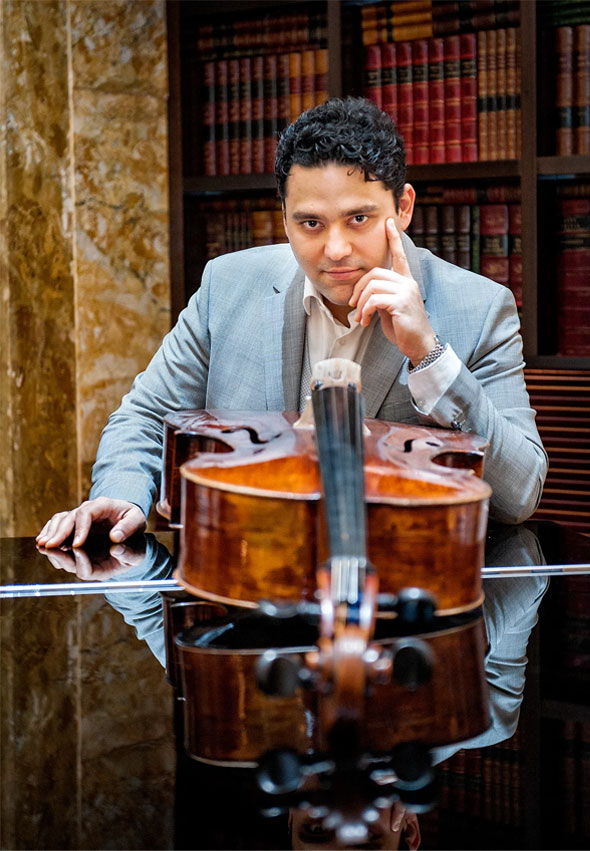 As a teenager, he won the Hungarian Emil Vajda Stringed Instruments Competition for three years in succession after 1991 and the first prize of the National Cello Competition in Hungary in 1990, 1993 and 1996. 1998: Bohuslav Martinu Prize of the International Summer Academy Prague-Vienna-Budapest; 2000: Appreciation Prizes ‘Cellist of the Year’ and ‘Best Interpreter of Slovenian Compositions’, awarded by the Association of Slovenian Composers; 2002: Bartók Prize, Semmering, Austria; 2003: Kodály Prize for the duo with Sándor Jávorkai, Austria; 2008: in a duo with Clara Biermasz first prize at the international competition ‘Premio Città di Padova’, Italy, category chamber music, and at the same place awarded the ‘Primo Premio assoluto’ together with Clara Biermasz as the overall winners of all categories; the same year, first prize at ‘Soloist and Orchestra’, Italy. In 2009, Sándor and Ádám Jávorkai were together honoured as ‘Artist of the Year’ by Jeunesse and Bank Austria.

From 2001 to 2003, Ádám was a scholarship-holder of the Annie Fischer Foundation in Budapest, in 2002 he received a scholarship from the Herbert von Karajan Centre in Vienna and scholarships from the Nippon Foundation, Tokyo, in 2003 and 2004. Ádám Jávorkai regularly holds master classes in different countries, e.g. at the Asahikawa International String Seminar in Japan, at the Orpheus Academy in Plovdiv, Bulgaria, at the Meisterklassen Gutenstein, at the Judenburg Summer in Austria, at the Music University in Bogota, Colombia, and at the Kodály Society in Wales. As a soloist, Ádám Jávorkai regularly appears with the Budapest Philharmonic, the Philharmonia Györ, the North Hungarian Philharmonic Orchestra, the Youth Symphony Orchestra in Genua, the Sinfonietta Baden, the Savaria Symphony Orchestra, the Szeged Symphony Orchestra, the Sofia Soloists, the Orchestra of the Arena di Verona and other orchestras as well as with the concert organizer National Philharmonia Budapest.

As a cello soloist, he has worked together with conductors such as Marcello Viotti und Mariss Jansons. He has made many recordings for international radio and television stations (including for the Austrian classical channel Ö1 and Radio Stephansdom and for the Hungarian Radio Bartók). He has also collaborated in an ORF television production. In 2002, he produced a CD with works by Brahms (Double Concerto), Saint-Saëns and Tchaikovsky with the Philharmonic Orchestra of Györ under Ádám Medveczky.

In 2009, he made a second CD with the Concerto for Cello op. 104 by Dvořák (Gramola 98865) and in 2011 a further CD with duos for violin and cello by Bartók, Kodály etc. (Gramola 98916). In 2013, a third CD was released under the aegis of the Mozarthaus String Quartet with two string quartets by Mozart (Gramola 99000) and in 2014 a further CD with cello sonatas by Brahms and Grieg. Ádám was a representative of Austria at the International Jeunesse Festival in Brussels in 2005 and at the EU Music Festival in Warsaw on the occasion of the EU’s eastward expansion.

In 2003, he followed an invitation from the Tokyo Foundation and took part in the Sylff Africa/Europe Regional Forum in Cairo in 2003 as a representative of Vienna Music University. As a soloist or chamber musician, he has held concerts in Tokyo Opera City, the ‘Forbidden City’, Beijing, the Suntory Hall, Tokyo, the Vienna Musikverein, the Vienna Konzerthaus, the Berlin Konzerthaus, at the Schleswig-Holstein Festival, in the New Philharmonia in Luxembourg, at the ‘Settimane musicali al Teatro Olimpico’ in Vicenza, at the Chopin Festival in Gaming, at the Liszt Academy in Budapest, at the Cello Festival in Dordrecht, in the Museum of Fine Arts in Budapest and many other places. 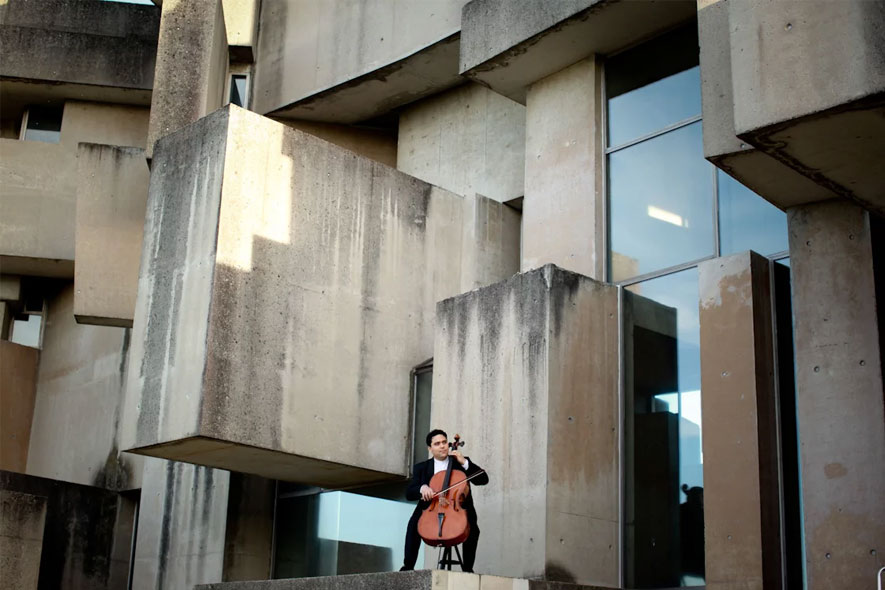 “I have been singing with my friends from the Huberman Trio for more than five years and every single time it gives me great joy to work with these wonderful musicians….”

“One of the most outstanding duos that I know”

Matthias Naske, Director of the Wiener Konzerthaus on the Duo Sándor & Ádám Jávorkai

Concert tours have also taken him to the Czech Republic, Hungary, Oman, Colombia, Austria, the UK, Belgium, Denmark, Kosovo, France, Turkey, Japan, Norway, Egypt, Germany, Spain, China, Siberia, Italy, Israel, Luxembourg, the Netherlands, Poland, Greece and Russia. In 2014, in recognition of his work against discrimination and for international understanding he was awarded an Honorary Membership of the Raoul Wallenberg Foundation by Baruch Tenembaum. Adam plays alternately on an Antonio Stradivari Cello 1701 and a Lorenzo Carcassi 1752 (Ex-Popper, Földesy) fitted with Larsen Strings. 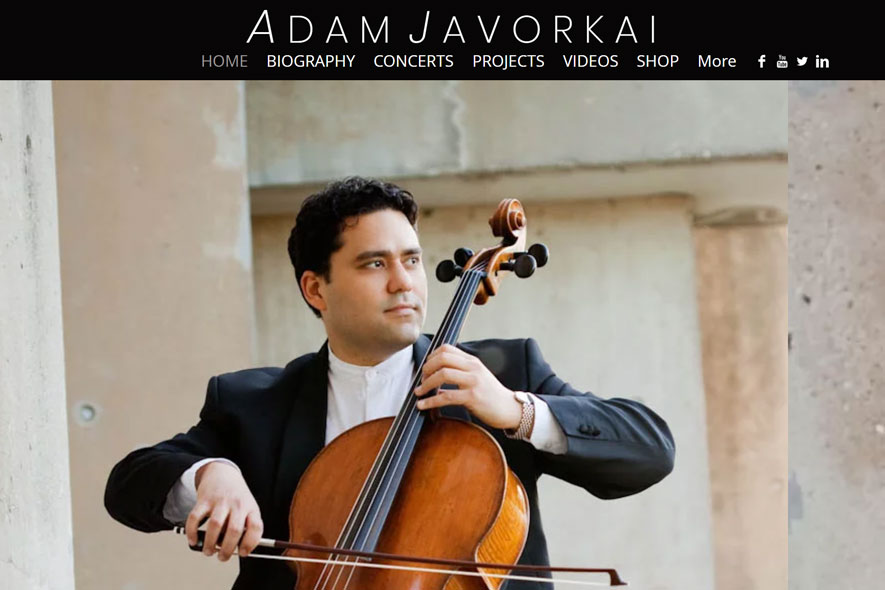 Please visit adamjavorkai.com to find out more about the artist including forthcoming events and a portfolio of images, videos and recorded audio.